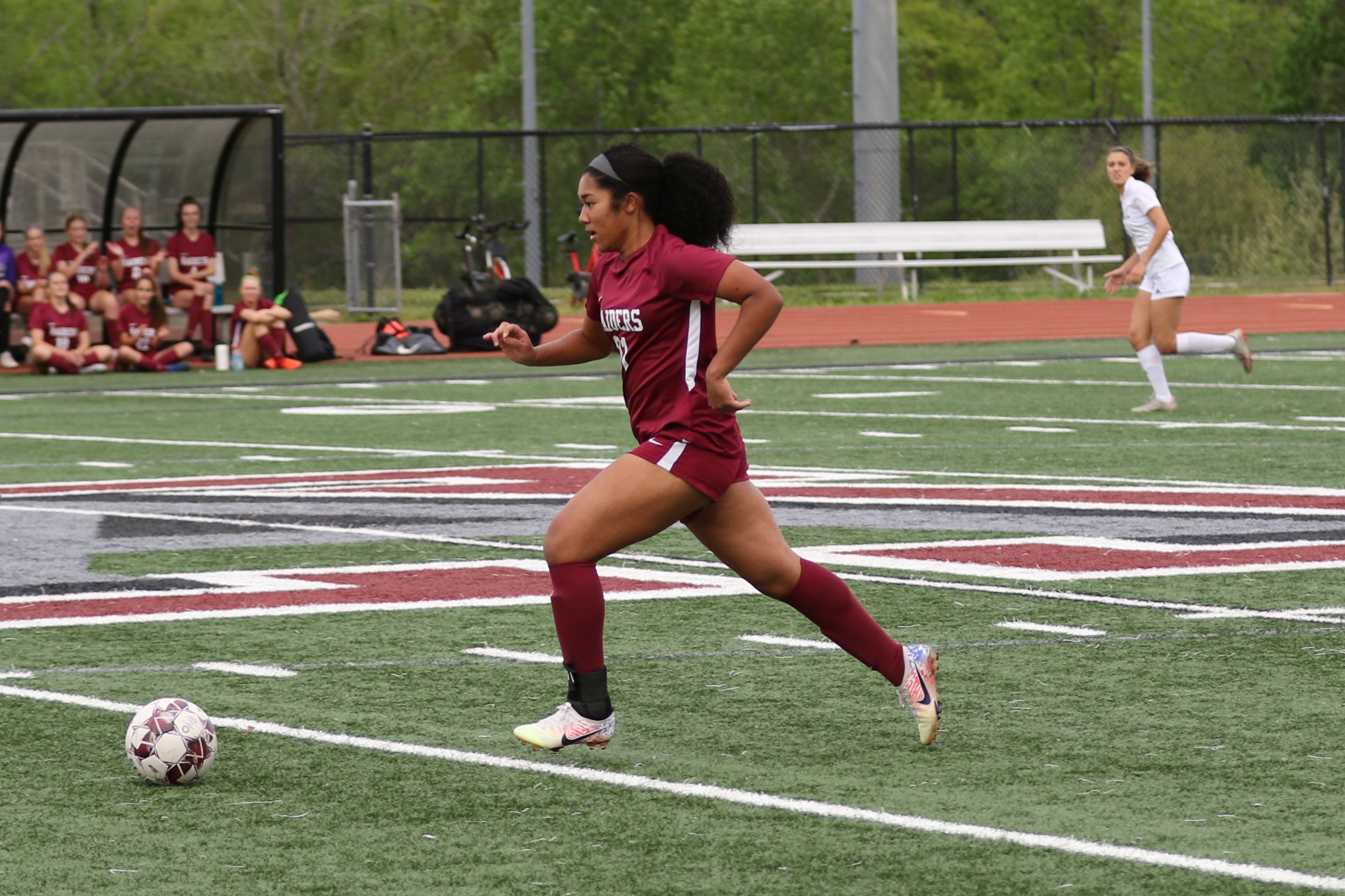 Alpharetta closed out the season last week with a non region game that proved to be a great tune-up for the upcoming playoffs.  The Raiders hosted a gritty Central Forsyth team with still quite a few key players unavailable due to injury.  This would call for Coach Turner to pull up a few JV Players as well as use her entire bench seeing significant and really important minutes in the season finale.

Alpharetta would open up the scoring in the first 10 minutes when Jasmine Raines cut loose up the middle into space carrying the ball until she brilliantly sent a through ball up the middle with her left hitting forward Carys Delahanty in stride.  Carys would settle with a couple of touches and cross the keeper who was coming out to find the corner of the net for the 1-0 lead.

Central would equalize shortly after on what would be the start of a big night for their forward.  Alpharetta would retake the lead on a ball where Central Forsyth was attempting to play out of the back.  Brandi Murray stepped up to a ball played to the midfield for the steal finding Jasmine Raines just outside of the box. Jasmine would shield, turn and delight the fans with a bomb that found the top of the net over the outstretched hands of the Central Forsyth keeper.  The half would end with a 2-1 Raider advantage.

An action packed second half started quickly when Carys would return the first half favor from Jasmine, finding her this time for Jasmine’s second goal of the game.  The brace was nice but we’d find Jasmine was still hungry for more.  Shortly after, Central Forsyth would score on a quick counter played up to their forward who ran through the Raider defense to hit a brilliant strike on the run for her second, and team’s second goal of the game.  3-2 Raiders.

Alpharetta would score again as Jasmine Raines received a ball from Sydney Martin around mid-field.  Jasmine would turn and immediately send it to a sprinting Savannah Stuart down the left side.  Savannah would stay on her feet from a collision with the Central Forsyth defender as she carried it in stride and buried the ball into the back of the net on the run for Alpharetta’s 4th goal and the 4-2 lead.

Jasmine Raines would do it again and complete the hat-trick as a Mikayla Stuart, making her first Varsity appearance of the season, would step up and beat two Central Forsyth players to the ball to find Jasmine on a short pass.  Jasmine would once again take a shot from distance, even further than her first goal, and once again find the space between the keepers hands and top of the net for the 5-2 lead.

With not much time the lead looked promising, however, Central Forsyth also had a player in the zone as the forward would score not just one but two more goals (to make it 4 for her) on breakaways down that left side.  Central was threatening again in the final seconds before Kaitlyn Eichele would make a huge sliding tackle sending the ball out of bounds until we’d hear the triple whistle.

It was an exciting game, well played by both sides and great tune-up to get everyone involved before the playoffs.

Alpharetta hosts Collins Hill in the first round of the playoffs Wednesday night, come out and watch the women and stay for the men in a playoff double header.