It’s encouraging to see a team focused following a tough loss and that’s what we saw when Alpharetta hosted Etowah Friday night.  The Raiders won the game 3-0 and while the score may be somewhat modest, it was a victory that was never really in doubt as they controlled from start to finish.
Keeper Jeanna Corbin and the entire backline frustrated the Eagles all night while the offense looked better moving the ball, possessing and creating opportunities.  No matter the substitution, the intensity remained.
The first goal of the night came in the first half when Brandi Murray dispossessed the ball from an Eagle on an Etowah throw in.  Brandi made a quick pass to Cuyler Zulauf in the middle as Cuyler saw Jasmine Raines out wide.  Cuyler found Jasmine who made a cut and took the shot from a tough angle but nailed it to sound the horn and start off the scoring.  A sound we missed all too much vs. Roswell. 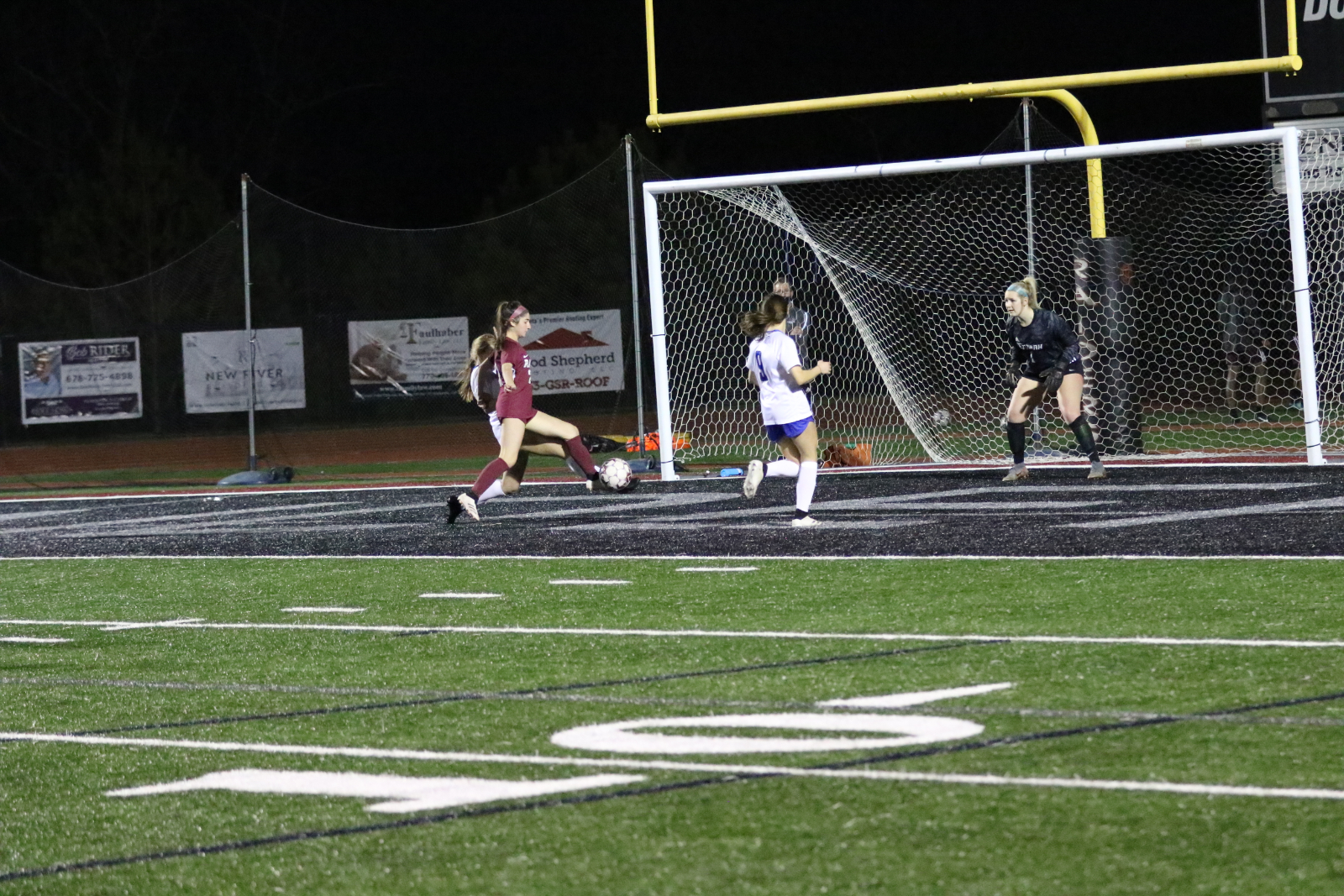 The second goal would come on another throw-in but this time it was Alpahretta’s.  Natalia Higuera threw a great ball down the line to Kaitlin Bull who anticipated the throw beautifully.  Kaitlin sped off down the line for a couple of touches before sending a dangerous cross right to about the six where Brandi Murray was making a run and took it out of mid air with the left leaving the goalie with no choice but to watch for the 2-0 Raider lead.
The final goal saw Savannah Stuart run into the final third where she carried the ball wide before Etowah would see yet another highly dangerous ball at their own six.  Savannah was looking for a crossing Blake Racine and the ball was deflected back off the left foot of Blake to Cuyler Zulauf who buried it into the bottom left corner of the net which left some confusion in the stands as the net isn’t properly tied down on that left side.  The 3-0 score would remain as the Raiders improve to 4-1 in the region.
Next game is at home Tuesday night, 5:55 pm, vs. Cherokee as we start to face teams for the 2nd time.
Go Raiders!