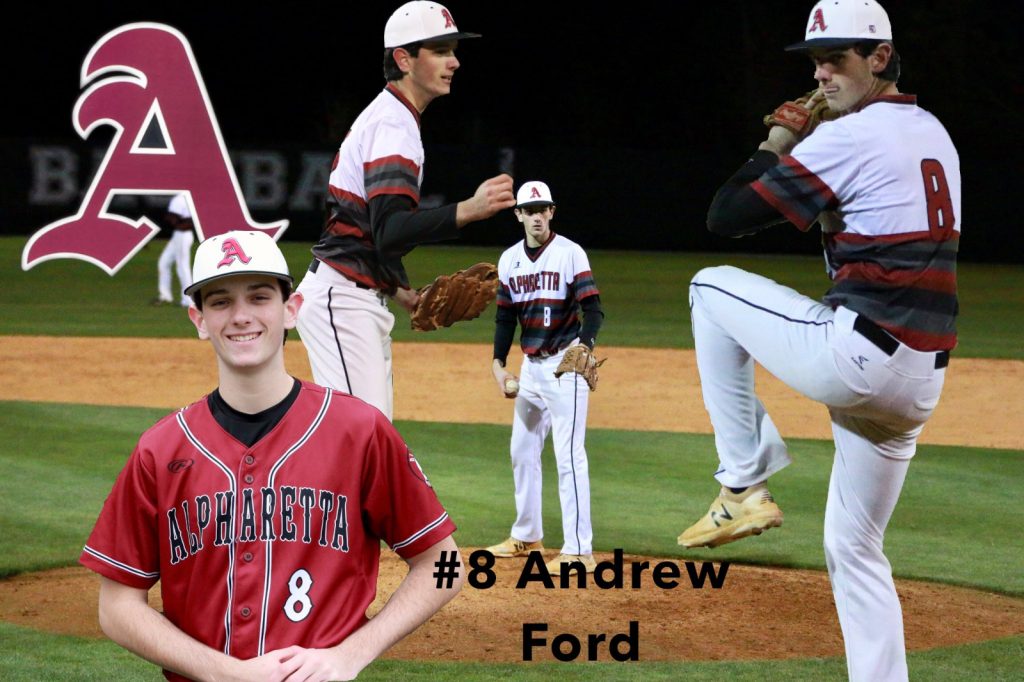 #8 Andrew Ford – Andrew contributed to the Raiders as a Pitcher. Over his career, he has a 3.60 ERA over 18.2 innings pitched in the 2 years that he participated on the varsity squad. While playing baseball at Alpharetta he was also apart of YMSL, received the Presidential Service Award two times, and is an Eagle Scout. After graduation, Andrew plans on attending the University of Georgia to continue his academic career. He would like to thank “my parents for letting me play every summer and constantly driving me to tournaments every weekend and being there every game I pitched. I also want to thank the parents and coaches in general for being so involved in this program that made it so great over the years.